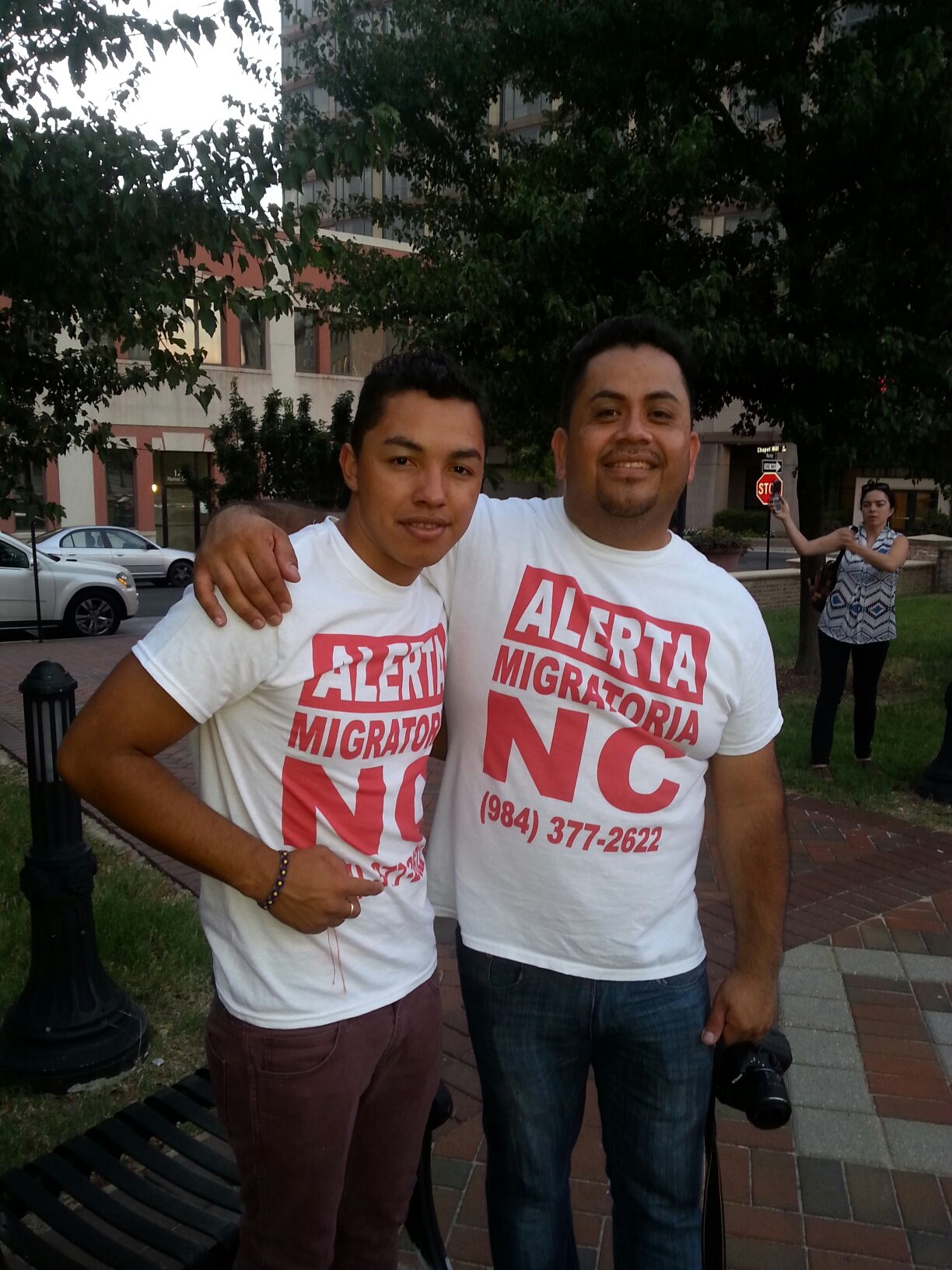 Monday evening, Wildin David Guillin Acosta was welcomed home to Durham, after being imprisoned in an ICE detention center for over six months. He gave a press conference beside the brass bull in downtown Durham, describing his journey to Durham from Honduras where his life was threatened, and his ordeal in detention after being picked up one morning in January on his way to Riverside High School, where he was a senior.

Wildin is one of the North Carolina six – young people in ICE detention – three of whom have now been released from prison, where they were awaiting deportation.  Wildin is seeking asylum and still has a lengthy legal process to go through. But he is home with family and will be able to return to Riverside to finish high school.

Wildin’s release is the culmination of community activism on the part of fellow Riverside students, teachers and the Durham Community at large. The community support for Wildin is one of those things that makes Durham special. There was a tireless effort by Riverside teachers and students to share Wildin’s story and advocate for his release.  The School Board and the City Council passed a resolutions. Alerta Migratoria NC and the North Carolina Association of Educators rallied and advocated.  At Riverside, a student activists did a go-fund-me to raise funds for a trip to Washington to meet with members of Congress to about Wildin and the deportation issue. Representative GK Butterfield got involved and worked to get the Wildin and other students released. At Riverside’s graduation in June, Wildin’s absence was noted in several student speeches, and there was a rally in his support afterwards.

Happily, Wildin was able to obtain legal counsel, and secure release on $10,000 bond. In less than a day, another Go-Fund-Me raised the bond money that enabled Wildin to come home. Wildin will return to school to finish his last three credits, while the long legal process continues. For now at least, he is in the warm embrace of the Durham community.